What’s Going On These Days?!

Yes, we’re in a bit of a transition; the residential real estate market is shifting. Locally, the average price came down in April from its high (over $800k) the month prior and, unsurprisingly, inventory of homes available for sale is increasing notably (and, as a corollary, so too is the average number of days it takes to sell a home).

And so it seems like the party has come to an end; or, in real estate-speak: the ‘froth’ in the market has evaporated. Properties are not selling for six figures over asking, after 14 competing bids, in an hour, anymore. On balance, that’s probably a good thing.

Is This The End Of The World? Are We Going To Have A Big Correction… Or A Crash?

Death and taxes are the only guarantees in life – so while there is no guarantee against either of the aforementioned, it is my opinion (and it is only an opinion) that there won’t be anything beyond a nominal and temporary decrease in prices; ultimately, there is still a fundamental lack of supply given the demand created by immigration alone. As with most reactions to extreme conditions, it is my opinion that buyers’ current hesitancy is also an over-reaction and therefore likely to be temporary as well. As more inventory comes online and homes start to sell for closer to asking (imagine: listing a home for what you actually want to sell it for?! What a concept!), the new predictability of the market will be reassuring to buyers (and to sellers), thereby providing the foundation of confidence often required to spur people to make such large decisions. And trust me, logic is the first thing that can go out the window when people are discussing buying and/or selling their home; it’s your Realtor’s job to make sure you remain grounded and make the best overall decision.

No, we’re not discussing the Tube. Rather, be sure to ask your Realtor about the benefits of including a condition of financing in your offer to purchase. What you want to avoid is buying a place before selling yours under the assumption that you will be able to get as much for your property (or, sell as quickly) as you might have done in January or February – because, on average, you probably won’t.

To be clear, all I’m pointing out is to make sure you don’t commit yourself to over-paying for the new property relative to what you will realistically fetch on the sale of your existing one. To assume otherwise is a dangerous game because your financial institution may not lend you as much as you agreed to pay for the new property (even if you are qualified for that much); any shortcoming will have to be funded by yourself, which can be a bit bottom-clenching if you then can’t sell your existing property for as much (or, as quickly) as you thought you were going to. Catch my drift? Remember always: cash is king. Best to have as much of it (in reserve) as possible and don’t over-extend yourself.

And Speaking Of Over-Extending Yourself, A Quick Anecdote:

As prices remain elevated relative to wages (inflationary pressures aside… if only we could truly ignore this tax that erodes everyone’s wealth), many buyers require a co-signor to guarantee their funding (i.e. to get a mortgage). Sounds fair enough… unless you’re that hesitant guarantor.

I was once asked by a prospective guarantor: “Can I be a guarantor but not be liable?”

(I suppose this parent wasn’t confident in their adult son’s ability to make the mortgage payments regularly – whether by behavioural pattern, history of (un)employment or merely the fact that they’d already signed documentation to purchase a property at the very upper limit of what they were told they could afford… which is never a smart thing to do. HINT: trying to keep up with the Joneses never is).

My response: “Ummm, NO! That’s literally the definition of being a guarantor; you’re signing on to acknowledge you are assuming liability to guarantee that you’ll make the payments if your son does not.”

Lesson: Don’t over-extend yourself… it isn’t worth the distress (to yourself or others). 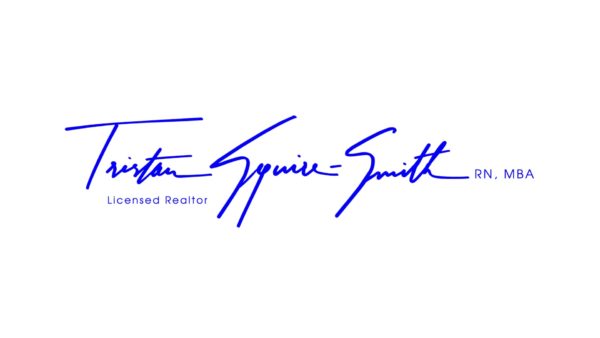